“We deal with our fair share of severe weather and natural disasters in South Dakota. Our first responders need to have access to communication technologies that work whenever and wherever needed,” Gov. Daugaard said. 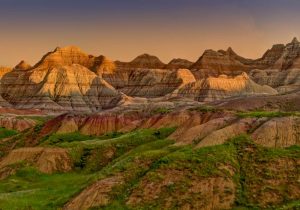 “We deal with our fair share of severe weather and natural disasters in South Dakota. Our first responders need to have access to communication technologies that work whenever and wherever needed,” Gov. Daugaard said. “FirstNet will create a single, interoperable system across our state to aid first responders in protecting citizens.”

AT&T, in a public-private partnership with the First Responder Network Authority, will build, operate and maintain a highly secure wireless broadband communications network for South Dakota’s public safety community at no cost to the state. The FirstNet network will drive innovation and create an entire system of modernized devices, apps and tools for first responders.

FirstNet will transform the way South Dakota’s fire, police, EMS and other public safety personnel communicate and share information. Specifically, it will:

Connect first responder subscribers to the critical information they need in a highly secure manner when handling day-to-day operations, responding to emergencies and supporting large events like the Sturgis Motorcycle Rally, one of the largest motorcycle rallies in the world that attracts more than 450,000 people annually.
Create an efficient communications experience for public safety personnel in agencies and jurisdictions across the state during natural disasters, including the 2015 Delmont tornados that damaged more than 20 buildings in this historic town.
Enhance and expand network coverage across South Dakota’s diverse landscape, benefitting first responders and residents throughout the state’s rural areas, including mountainous and tribal lands.
Provide first responders with access to dedicated network assets that can be deployed for additional coverage and support when needed.
Drive infrastructure investments and create jobs across the state.
Usher in a new wave of dependable innovations for first responders. This will create an ever-evolving set of life-saving tools for public safety, including public safety apps, specialized devices and Internet of Things technologies. It also carries the potential for future integration with NextGen 9-1-1 networks and Smart Cities’ infrastructure.
The First Responder Network Authority and AT&T designed South Dakota’s network solution with direct input from the state and its public safety community. This helped to address the state’s unique communications needs, including:

Expanding rural and tribal coverage beyond what is currently available from commercial carriers, including pipeline routes.
Offering affordable services to public safety across the state.
Delivering a network for public safety with increased geographical coverage, redundancy and resiliency.
“We are pleased that Governor Daugaard has made the decision to opt in to FirstNet, making the safety of first responders and the public a top priority,” said First Responder Network Authority CEO Mike Poth. “FirstNet will offer South Dakota the modern, highly secure communications platform its first responders need to connect and share data, voice, video, and information in extreme weather situations, in its vast rural locations, and when disaster strikes.”

The decision enables the First Responder Network Authority and AT&T to begin creating an entirely new wireless ecosystem for public safety communications. South Dakota’s first responder subscribers will have immediate access to quality of service, priority and preemption to voice and data across the FirstNet network.

“First responders and residents in South Dakota are well served by Governor Daugaard and his decision to opt in to FirstNet,” said Cheryl Riley, president of AT&T South Dakota. “I’m honored to help bring these life-saving tools to the state’s public safety community, and to work with an administration so committed to the men and women who comprise it. This is a great day for all who live and work in South Dakota.”

From 2014-2016, AT&T invested more than $90 million in its South Dakota wireless and wired networks. These investments drive a range of upgrades to reliability, coverage, speed and overall performance for South Dakota consumers and businesses. They also enhance services that provide critical support to public safety and first responders.