“This new partnership provides crucial, secure, and robust broadband access to our first responders and public safety personnel to help them save lives when every second counts. I look forward to FirstNet and AT&T implementing their plan and its widespread positive effect in protecting Wisconsin’s communities.” 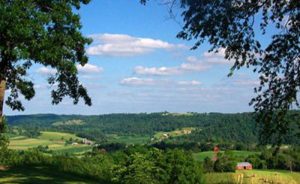 “Clear and reliable communication is essential for first responders to do their jobs effectively,” said Governor Walker. “This new partnership provides crucial, secure, and robust broadband access to our first responders and public safety personnel to help them save lives when every second counts. I look forward to FirstNet and AT&T implementing their plan and its widespread positive effect in protecting Wisconsin’s communities.”

AT&T, in a public-private partnership with the First Responder Network Authority, will build, operate and maintain a highly secure wireless broadband communications network for Wisconsin’s public safety community at no cost to the state for the next 25 years. The FirstNet network will drive innovation and create an entire system of modernized devices, apps and tools for first responders.

“This is a great day for first responders across Wisconsin and the residents they serve,” said Kewaunee County Sheriff Matt Joski. “By joining the FirstNet network, the Governor has opened the door to enhanced technology that will improve emergency services and response times. From Pleasant Prairie to Cassville and Kewaunee to Webster, this service will help public safety better serve our citizens.”

FirstNet will transform the way Wisconsin’s fire, police, EMS and other public safety personnel communicate and share information. Specifically, it will:

Connect first responder subscribers to the critical information they need in a highly secure manner when handling day-to-day operations, responding to emergencies and supporting large events like college and professional sporting games.
Create an efficient communications experience for public safety personnel in agencies and jurisdictions across the state during natural disasters and severe weather, including tornadoes, snowstorms, blizzards and flooding.
Enhance and expand network coverage along Wisconsin’s lakes and waterways to cover areas underserved today, benefitting first responders and residents throughout the state’s rural communities.
Provide first responders with access to dedicated network assets that can be deployed for additional coverage and support when needed.
Usher in a new wave of dependable innovations for first responders. This will create an ever-evolving set of life-saving tools for public safety, including public safety apps, specialized devices and Internet of Things technologies. It also carries the potential for future integration with NextGen 911 networks and Smart Cities’ infrastructure.
The First Responder Network Authority and AT&T designed Wisconsin’s network solution with direct input from the state’s public safety community. The Authority has been meeting with Wisconsin’s officials and public safety personnel for several years to address their unique communication needs. These include:

Expanding wireless coverage in rural, tribal and underserved areas.
Enabling state, local and federal agencies to effectively communicate and coordinate along Wisconsin’s borders.
Increasing capacity during emergencies and natural disasters through the use of deployable network assets.
Using existing state infrastructure where necessary and appropriate.
“By joining the FirstNet network, Governor Walker has made public safety a priority, choosing the best network communications solution for the state,” says FirstNet CEO Mike Poth. “FirstNet brings new technologies to emergency first responders in Wisconsin over the most modernized and advanced broadband network available today. We look forward to our continued partnership with the Badger State.”

The decision enables the First Responder Network Authority and AT&T to begin creating an entirely new wireless ecosystem for public safety communications. Wisconsin’s first responder subscribers will have immediate access to quality of service, priority and preemption to voice and data across the FirstNet network.

“We applaud Governor Walker for opting in to FirstNet and giving Wisconsin’s public safety community the cutting-edge technologies they need to help protect and save lives,” said Scott T. VanderSanden, president of AT&T Wisconsin. “AT&T is honored to work with the state to bring FirstNet to Wisconsin, and to give our first responders the innovative communication tools they deserve.”