Public safety and industry entities have weighed in on proposed regulations for a next-generation 911 (NG-911) grant program, including on who should be eligible for funding, whether tribes should be able to directly submit applications, and the formula for distributing grant. 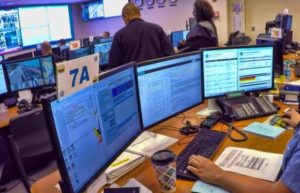 The National Telecommunications and Information Administration and the National Highway Traffic Safety Administration released a notice of proposed rulemaking in September that proposed awarding NG-911 grants directly to tribal organizations, rather than to them only through states (TR Daily, Sept. 21).

The NPRM proposed modifications to the E-911 Grant Program, which was established pursuant to the ENHANCE 911 Act of 2004, which allocated $43.5 million from the proceeds of the FCC’s 700 megahertz band auction.

The modifications of the regulations proposed in September were required by Congress in the NG911 Advancement Act of 2012, which was part of the Middle Class Tax Relief and Job Creation Act of 2012, which reserved $115 million for NG-911 grants from the FCC’s AWS-3 auction. Up to $110 million in actual grants will be awarded.

The NPRM “seeks comment on an approach that envisions apportioning the available grant funds across all of the states and tribal organizations, to serve 911, Enhanced 911 (E911), and NG911 purposes. However, given the total amount available for the grant program, this approach would allow for only marginal enhancements in any given area,” the Association of Public-Safety Communications Officials-International argued in its comments in docket 170420407-7407-01. “Accordingly, the best way to use these grants is to create model deployments that demonstrate proofs of concept for fully-deployed and interoperable NG911 services in urban, suburban, and rural areas. By focusing on model NG911 deployments for a few areas, the grant program can better serve the entire country by producing blueprints for efficiently modernizing 911 systems nationwide. This should lower costs and speed implementations for systems that follow.”

APCO also said that “interoperability should be the top priority for the grant program. The NPRM’s proposal to require grant recipients to comply with current NG911 standards as listed in the Department of Homeland Security’s SAFECOM Guidance is not the best approach. The standards listed in the SAFECOM Guidance are very broad, in some cases incomplete, and unlikely to ensure interoperability, at least without costly after-the-fact integrations. Conversely, using widely deployed commercial standards will facilitate interoperability and help to expand the market so that public safety benefits from the competition and ongoing innovation in the commercial market. Thus, the Office [National 911 Program] should encourage grant applications be based upon use of widely deployed commercial standards that achieve the interoperability, innovation, and cost efficiencies that would be of most benefit to PSAPs.”

FirstNet and the Inspector General’s Report

Be the first to comment on "Public Safety, Industry Entities Weigh in on NG-911 Grant Program"