Computers were recently installed that will give officers the tools many other agencies already have. 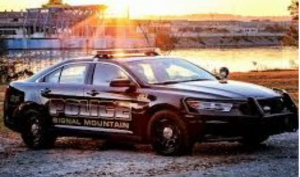 SIGNAL MOUNTAIN, HAMILTON COUNTY –
Police on Signal Mountain are now equipped with new technology, with all 12 of their patrol cars having received major upgrades. Computers were recently installed that will give officers the tools many other agencies already have.

Prior to the installation, Officer Troy Kennedy said when an officer on Signal Mountain was dispatched to a call, they used to get a transmission on the radio.

“Basically before that it was old-time police work, just doing the best you can to be seen to be visible,” Kennedy explained.

It’s the first in-car computer systems ever for the Signal Mountain Police Department and an integral part of an ongoing technology initiative for Signal Mountain Public Safety Personnel (Fire and Police).

“Everything they were having to do via radio and requests through the county, now they can do it themselves in the car,” he explained.

The computers will make the work officers do more efficient.

“They’ll say it’s a Signal Mountain issue or a Hamilton county or a Red Bank issue and we can see it pretty much as they’re typing it in,” Kennedy said.
It’s a direct link to Hamilton County’s 911 center and police officers. Since calls are now dispatched from the 911 center by computer officers will have faster response times to calls the needs of the community, and support of other first responders.

Dispatchers will also have the ability to make sure officers are safe with the on-screen GPS capabilities as opposed to radio traffic only. Williams said it is more accurate, accessible, and dispatchers can send additional help if needed to a very specific location.