In order for first responders to reap the full benefits of mobile video technologies, public safety must have access to a robust and reliable network

The Brazos County Sheriff’s Office saw a unique opportunity to maintain the community’s security and safety by taking part in the FirstNet early-builder program to test network coverage and performance with Band 14 (B14) Long Term Evolution (LTE) technology. 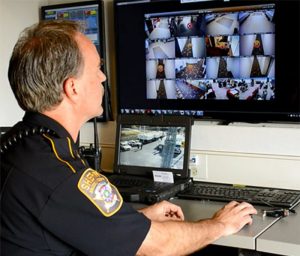 At first glance, Brazos County is like most other sprawling Texas communities with deep roots in farming and ranching. One look at the bustling city of Bryan or the thriving academic center of Texas A&M University explains why this southeast central part of Texas is quickly becoming known as an ideal place to raise a family or start a business.

While growth and prosperity are good news for any community, first responders face daily challenges keeping growing communities safe in both the urban and rural areas.

Any advantage they can gain for the safety of the public, is a plus.

Today, law enforcement and other first responders rely on countless video technologies to augment their day-to-day operations – including the use of security cameras, traffic and toll-booth cameras, license plate readers, patrol-car cameras and body-worn cameras.

During Lieutenant Thomas Randall’s (ret.) 37-year tenure in law enforcement, including time spent serving Brazos County Sheriff’s Department, he played a key role experimenting and testing digital video technologies for the department. His experience in the field led to the understanding that combining the full package of dashboard, backseat and body-worn cameras while on the scene provides the most accurate representation of an incident for an officer to conduct fair and unbiased investigations.

Yet in order for first responders to reap the full benefits of mobile video technologies, public safety must have access to a robust and reliable network operating on bandwidth dedicated exclusively to public safety use. The issues of inadequate broadband capacity and coverage are further complicated by first responders competing with the general public for limited bandwidth to run their devices. Ordinarily, a bad connection is a mere nuisance, but in times of emergency, a congested network can severely impact a first responder’s ability to communicate or compromise the safety and lives of the public or fellow responders.

Operability is the key for Fresno County Sheriff

Be the first to comment on "Case Study: How FirstNet helped a Texas agency improve use of mobile video technologies"