As the initial comment period for state plans closes, the coordinating agency’s president reflects on what’s happened so far and what’s next. 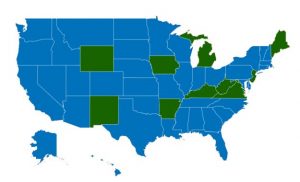 TJ Kennedy wasn’t sure whether a public-private partnership would actually be the solution that brought FirstNet from idea to reality — now, he’s fielding requests from around the world on how the agency did it.

“I’ve learned that public-private partnerships really do work,” the FirstNet president told StateScoop in a phone interview Tuesday. “It was part of our business model hypothesis coming into this, but if you look at the situation and the amount of investments in the private sector, along with public safety and the U.S. government, that would ensure this would be a truly successful private-public partnership.”

That public-private effort, Kennedy said, is key to building a network that “ensures the sustainability, maintainability and upgradability of the network for the next twenty-five years in those opt-in states.”

Be the first to comment on "11 Down, 45 To Go: How FirstNet’s Opt-in/Opt-out Process Is Advancing"