Verizon hopes its planned public-safety network and applications will interoperate with the FirstNet system—even committing to including FirstNet 700 MHz Band 14 operations in Verizon devices—to give public safety a competitive option, but the carrier has yet to begin formal discussions with FirstNet, according to a Verizon official. 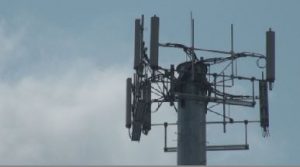 “I think it’s important to focus on the benefits of competition, because that is—and has been—the significant driver in the industry,” Don Brittingham, Verizon’s vice president of public-safety policy, said during an interview with IWCE’s Urgent Communications. “Whether you are talking about public-safety communications or anything else, the reason we advance, the reason why things are innovated and prices continue to stay low is because there’s good, robust competition.

Last month, Verizon announced plans to deploy a dedicated public-safety LTE core network next year and provide its public-safety subscribers with the same priority and preemption functionality that FirstNet has promised its subscribers across the LTE network of its nationwide contractor, AT&T.

While many public-safety representatives have applauded Verizon for its plans and the prospect of competition, initial signs from FirstNet and AT&T provide little indication that interoperability with Verizon or other commercial carriers is envisioned. Last week, an AT&T official noted that FirstNet interoperating with Verizon or other carriers could lead to a “slippery slope” that could compromise the security of public-safety FirstNet subscribers.

Be the first to comment on "Verizon Exec Shares Carrier’s FirstNet Interop Goals, Band 14 Device Plans, Why It Did Not Bid Against AT&T"