In rural Montana, where you and your neighbors are your own first responders come fire, flood or heart attack, being dropped as a customer by Verizon Wireless could have serious impacts, readers told us. 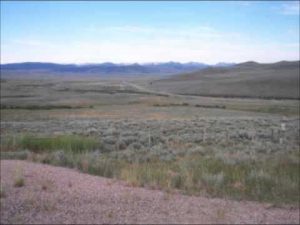 Kim Barlogio lives southeast of Hammond in the remote southeastern corner of Montana. She was among the Montanans who recently received a letter from Verizon informing her she would no longer be a customer after “using a significant amount of data while roaming off the Verizon Wireless network.”

Customers said they never knew Verizon was using other providers’ towers and have limited — if any — other options.

Barlogio, a Verizon customer since 2000 who ran two companies with Verizon as her provider, contacted Verizon and was told the company no longer had a contract with Mid-Rivers Communication and would not offer service in her area.

“Mid-Rivers is not taking any new customers,” she wrote. “As a community, we have nowhere else to go. We depend on our phone for emergencies.

“Out here we are our own fire department, police department and emergency services. Not only do we help each other out, we are continually helping stranded travelers that do not have Verizon, as no other providers work out here,” she continued.

Verizon was the one who offered her an unlimited data plan, Barlogio wrote. She made the switch, only to be dropped as a customer.

Doug and Fran Hamilton of Hogeland, north of Harlem, said they found Verizon’s response inadequate after a decade of being customers and having seven lines.

“To notify us that our service will be canceled as of October 17th without offering any alternatives for our rural areas is very poor customer service,” they wrote.

Steve Leitner of Hogeland (north of Harlem and 11 miles south of Canada) is the service director of the local county ambulance service.

“Probably 90 percent of our paging goes through Verizon texts. We use texts in tactical situations where radios will not work also,” he said.