“As we saw in the aftermath of Hurricane Harvey, our first responders are often the last and only hope for safety in rapidly-changing and life-threatening situations, but this partnership with FirstNet and AT&T, allows Texas’s fire, police, EMS and other public safety personnel to be better equipped when responding in these emergencies.” 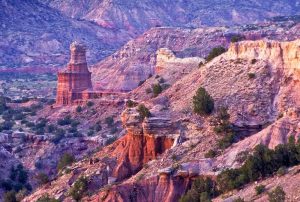 RESTON, Va., Sept. 19, 2017 – Texas is making another major move to strengthen public safety and enhance emergency preparedness across the state. Today, Governor Greg Abbott announced his decision to partner with FirstNet and AT&T* to deliver a wireless broadband network to the state’s public safety community. The FirstNet network will provide Texas with modernized devices, apps and tools for first responders to boost their communication abilities on the job, helping them save lives and protect communities.

“The safety and security of Texas communities is my number one priority, and I want to provide our first responders with the best technology possible,” said Governor Abbott. ”As we saw in the aftermath of Hurricane Harvey, our first responders are often the last and only hope for safety in rapidly-changing and life-threatening situations, but this partnership with FirstNet and AT&T, allows Texas’s fire, police, EMS and other public safety personnel to be better equipped when responding in these emergencies.”

AT&T, in a public-private partnership with FirstNet, will build, operate and maintain a highly secure, resilient wireless broadband communications network for Texas’s public safety community at no cost to the state. This plan will help improve public safety and enhance emergency preparedness across the state by providing first responders with cutting edge communication technologies.

“Hurricane Harvey is still fresh on our minds as the area continues to recover. The support we received from AT&T and FirstNet during our response was incredible, and with this partnership, it will only get better,” said Bexar County Sheriff Javier Salazar. “Whether responding to storms like Harvey or wildfires in West Texas, our state’s first responders go above and beyond the call of duty every day to help Texans and save lives. The innovative FirstNet system will provide them a network worthy of their service — that will help protect their safety while giving them the tools and technologies they need to stay connected and to help communities and citizens across Texas.”

The FirstNet network will transform the way Texas’s fire, police, EMS and other public safety personnel communicate and share information before, during and after emergencies and natural disasters, by:

Connecting first responder subscribers to the critical information they need in a highly secure manner when handling day-to-day operations, responding to emergencies and supporting large events, like the Houston Livestock Show & Rodeo, which hosts over 2 million visitors each year.
Strengthening emergency response communications for public safety personnel in agencies and jurisdictions across the state to support the preparation and response to natural disasters, such as the recent and ongoing response to Hurricane Harvey.
Enhancing network coverage across Texas’s diverse landscape, benefitting first responders and residents throughout the state’s rural and tribal areas.
Driving infrastructure investments and creating jobs across the state.
Ushering in a new wave of innovation that first responders can depend on. This will create an ever-evolving set of life-saving tools for public safety, including public safety apps, specialized devices and Internet of Things technologies. It also carries the potential for future integration with NextGen 9-1-1 networks and Smart Cities’ infrastructure.
“With Governor Abbott’s decision to join FirstNet, Texas continues to lead the way on public safety by taking emergency response and innovation to the next level,” said FirstNet CEO Mike Poth.  “We are honored to serve the state’s first responders and will continue to collaborate with them to ensure the Network delivers what they need, both now and in the future.”

FirstNet has met with Texas public safety officials including the Texas Interoperable Communications Coalition and the Texas Department of Public Safety to address specific safety needs across the state. This includes:

Expanded coverage and coordination with deployable solutions and additional investments beyond what is currently available from commercial carriers with a focus on underserved public schools, hospitals, public safety answering points, the Texas-Mexico border, tribal areas and hurricane evacuation routes.
Using the investment, innovation, best practices and lessons learned from the Texas Early Builder Program in Harris County to inform how the network can support response and recovery activities during disasters and large events while also informing the development of intuitive service solutions that will meet the expectations of the public safety community.
The opt-in decision enables FirstNet and AT&T to begin creating an entirely new wireless ecosystem for public safety communications. Texas’s first responder subscribers will have immediate access to quality of service and priority to voice and data across the existing nationwide AT&T LTE network.

“When Harvey hit, first responders were the first in to help rescue and support those in need,” said Chris Sambar, senior vice president, AT&T – FirstNet. “No matter the emergency – big or small – we can count on public safety to be there when we need them most. We’re honored to continue our close collaboration with Texas and its public safety community to give these everyday heroes the game-changing tools and technologies they need to carry out their life-saving mission.”

AT&T Reveals COVID-19 Impact on Networks: Traffic is Way Up