Texas Gov. Greg Abbott today announced that he has accepted the nationwide public-safety broadband network (NPSBN) deployment plan offered by FirstNet and AT&T on behalf of his state, making Texas the 21st state—not including two territories—to “opt-in” to the FirstNet system. 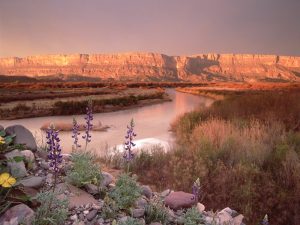 “The safety and security of Texas communities is my number-one priority, and I want to provide our first responders with the best technology possible,” Abbott said in a prepared statement. “As we saw in the aftermath of Hurricane Harvey, our first responders are often the last and only hope for safety in rapidly-changing and life-threatening situations, but this partnership with FirstNet and AT&T, allows Texas’s fire, police, EMS and other public-safety personnel to be better equipped when responding in these emergencies.”

“Hurricane Harvey is still fresh on our minds as the area continues to recover. The support we received from AT&T and FirstNet during our response was incredible, and with this partnership, it will only get better,” Salazar said in a prepared statement.

“Whether responding to storms like Harvey or wildfires in West Texas, our state’s first responders go above and beyond the call of duty every day to help Texans and save lives. The innovative FirstNet system will provide them a network worthy of their service — that will help protect their safety while giving them the tools and technologies they need to stay connected and to help communities and citizens across Texas.”

Industry observers viewed Texas as one of the most critical states for FirstNet and AT&T, because it is second-largest state in the nation in terms of population and includes lucrative several commercial wireless markets, such as the Dallas/Fort Worth, Houston, San Antonio and Austin metropolitan areas. AT&T’s headquarters is located in Dallas.