“By adopting this plan, our first responders will now have the ability to efficiently and effectively work together not just within the state, but across the region and at the national level.” 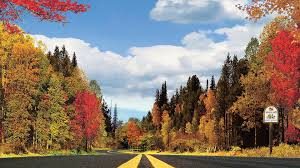 “Keeping Marylanders safe is our top priority, and our first responders need to be equipped with every tool possible to protect our citizens,” said Governor Hogan. “By adopting this plan, our first responders will now have the ability to efficiently and effectively work together not just within the state, but across the region and at the national level.”

“This innovative initiative will also spur investment into Maryland’s economy, helping to create jobs and enhance mobile broadband coverage in rural parts of the state,” the governor continued.

AT&T, in a public-private partnership with FirstNet, will build, operate and maintain a highly secure wireless broadband communications network for Maryland’s public safety community at no cost to the state. The FirstNet network will drive innovation and create an entire system of modernized devices, apps and tools for first responders.

FirstNet will transform the way Maryland’s fire, police, EMS and other public safety personnel communicate and share information. Specifically, it will:

Connect first responder subscribers to the critical information they need in a highly secure manner when handling day-to-day operations, responding to emergencies and supporting large events like the Preakness.
Create an efficient communications experience for public safety personnel in agencies and jurisdictions across the state during natural disasters like 2016’s Winter Storm Jonas that brought record breaking snowfall and blizzard conditions to the state.
Increase public safety coverage across the state and region and connect public safety subscribers nationally, providing modern communications and data sharing, helping to increase the safety of first responders.
Enhance and expand network coverage across Maryland’s diverse landscape, to cover areas that are today underserved, benefitting first responders and residents throughout the state’s rural areas.
Provide first responders with access to dedicated network assets that can be deployed for additional coverage and support when needed.
Drive infrastructure investments and create jobs across the state.
FirstNet and AT&T designed Maryland’s network solution with direct input from the state’s public safety community. FirstNet has been meeting with Maryland’s officials and public safety personnel for several years to address their unique communication needs. These include:

Expanding coverage across the state, particularly in the western and lower Eastern Shore.
Focusing on the state’s critical infrastructure in preparation for severe weather events.
Making solutions available to support the state’s large base of volunteer emergency responders.
“FirstNet is honored to serve the state of Maryland – where we launched our nationwide consultation program in 2014,” said FirstNet CEO Mike Poth. “Governor Hogan’s decision will help deliver game-changing technology to first responders throughout Maryland, making communities safer and more secure. FirstNet will continue our partnership with the state to make sure the network delivers the coverage, services and innovation that public safety expects and needs.”

The decision enables FirstNet and AT&T to begin creating an entirely new wireless ecosystem for public safety communications. Maryland’s first responder subscribers will have immediate access to quality of service and priority to voice and data across the existing nationwide AT&T LTE network.

The administration’s decision to opt-in will enable AT&T to buildout FirstNet in Maryland and begin planning and construction ahead of schedule. This will create a highly secure public safety network for Maryland’s first responder subscribers and provide priority use and preemption on this network.

“Governor Hogan’s decision to opt-in to FirstNet demonstrates his continued commitment to support public safety at all levels,” said Denis Dunn, president, AT&T Maryland. “With his decision, we’re now able to launch our efforts to deliver a public safety broadband network in Maryland. We look forward to working with first responders statewide to give them access to the life-saving technologies they’ve asked for.”

Fire Politics: 2019: From Communications to Congress