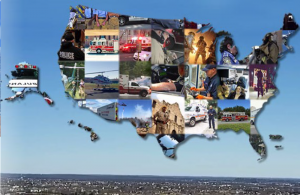 “We are implementing the state plans and delivering on our commitment to first responders in each state and territory,” said First Responder Network Authority CEO Mike Poth. “I want to thank all of our state and public safety partners who worked so hard with us over the last several years to ensure FirstNet will meet the needs of America’s first responders. The Network they asked for is on the way.”

As the First Responder Network Authority’s partner, only AT&T can implement Band 14 and give first responders access to its unique attributes. The buildout will increase coverage and capacity for first responders in every state and territory, including those in rural areas.

The nationwide expansion will help give public safety service when it matters most and enable them to take full advantage of FirstNet’s advanced broadband technologies for their lifesaving mission. It will also bring innovation, investments and job creation to the states and territories. Currently, FirstNet services, including priority and preemption, are available over AT&T’s existing nationwide multi-band network, allowing first responders to immediately benefit from the FirstNet solution.

“This is an exciting time for FirstNet and public safety, as we build out the statewide RANs and connect them to the dedicated FirstNet core network,” said First Responder Network Authority CTO Jeff Bratcher. “This will be the first-ever and only dedicated core infrastructure built specifically for public safety in the country. No wireless provider has done this until now.”

The FirstNet core remains on schedule for delivery. It is being built to the specifications provided by the First Responder Network Authority, which were developed through years of consultation with first responders in every state/territory and at all levels of government.

Once implemented, the dedicated FirstNet core network will be the foundation for the delivery of advanced public safety features unique to FirstNet, including:

End-to-end encryption. The FirstNet core comes with FIPS 140-2 compliant VPN solutions, radio, transport and network core encryption, and advanced physical and logical security protocols to keep all traffic on the network protected.
Round the clock security monitoring. The FirstNet core will be monitored at all times by a dedicated Security Operations Center with a dedicated team. Their sole focus will be to monitor the security of the network.
Superior reliability and availability. The FirstNet core will help enable the network’s 99.99% end-to-end service availability objective. There will be multiple geographically distributed locations nationwide that house core network elements to enable redundancy and performance.
Local control. The FirstNet core will unlock different levels of priority paired with a local control interface. This means incident commanders and eligible first responders can boost priority levels to best support specific situational responses.
Mission critical functions. The FirstNet core will deliver a range of next-generation public safety capabilities that are currently being developed based upon open standards specific for public safety. Going forward, these will include services such as Mission-Critical Push-to-Talk, enhanced location-based services and more.