“We are convinced that improving the communication between the components of public safety will be for the betterment of the people of Puerto Rico.” 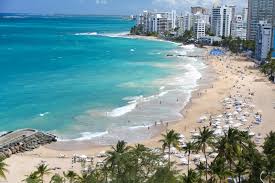 AN JUAN, Puerto Rico, Aug. 31, 2017 – Puerto Rico is transforming communications for first responders across the islands. Today, Governor Ricardo Rosselló announced his decision to accept the FirstNet and AT&T plan to deliver a wireless broadband network to the territory’s public safety community and, with it, enhancements to help Puerto Rico’s first responders save lives and protect communities.

“With this new tool we reinforce the exchange of information between the security agencies and the response during an emergency. We are convinced that improving the communication between the components of public safety will be for the betterment of the people of Puerto Rico,” said Governor Rosselló.

AT&T, in a public-private partnership with FirstNet, will build, operate and maintain a highly secure wireless broadband communications network for Puerto Rico’s public safety community at no cost to the territory. The FirstNet network will drive innovation and create an entire system of modernized devices, apps and tools for first responders.

Connect first responder subscribers to the critical information they need in a highly secure manner when handling day-to-day operations, responding to emergencies and supporting large events, like the San Sebastian Street Festival in Old San Juan that attracts more than a quarter million people annually.
Create an efficient communications experience for public safety personnel across agencies. This will support emergency response during natural disasters, including severe storms and hurricanes that regularly threaten the territory and its smaller islands of Vieques and Culebra that are especially vulnerable to extreme weather events.
Expand and enhance network coverage for first responders, residents and visitors alike across Puerto Rico, its islands and their coastlines.
Usher in a new wave of dependable innovations for first responders. This will create an ever-evolving set of life-saving tools for public safety, including public safety apps, specialized devices and Internet of Things technologies.
FirstNet and AT&T worked with Puerto Rico to design a network solution with direct input from the territory and its public safety community. This helped to address their unique communications needs, including:

Providing increased resiliency, so first responders can be confident that the network will be there when they need it.
Stationing dedicated network assets on the island that can be deployed for expedited response and recovery efforts as needed.
Improving coverage along critical coastal areas.
“Governor Rosselló’s decision to join FirstNet demonstrates Puerto Rico’s strong commitment to public safety across the islands,” said FirstNet CEO Mike Poth. “FirstNet looks forward to delivering a network that connects Puerto Rico’s emergency responders, bringing them the coverage, capacity and innovation they need to serve their communities especially when preparing for severe weather events. ”

The decision enables FirstNet and AT&T to begin creating an entirely new wireless ecosystem for public safety communications. Puerto Rico’s first responder subscribers will have immediate access to quality of service and priority to voice and data across the existing nationwide AT&T LTE network.

“The decision by Governor Rosselló to opt-in to FirstNet allows us to begin offering and delivering innovative tools and state-of-the-art technologies to Puerto Rico’s fire, police and EMS services,” said Ray Flores, regional vice president, AT&T Puerto Rico. “Delivering this one-of-a-kind solution to the people of Puerto Rico is a decision we take seriously. We’re honored to bring the FirstNet network to Puerto Rico, connecting its public safety community to the life-saving technologies they deserve.”

Public Safety Advocate: When All Else Fails, There Is Ham Radio