“Our state’s first responders deserve the best resources we can get for them, and by first working to identify our needs and review all of our options during a competitive process, we were able to confidently conclude FirstNet is the best choice for this service.” 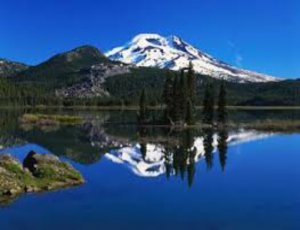 “Our state’s first responders deserve the best resources we can get for them, and by first working to identify our needs and review all of our options during a competitive process, we were able to confidently conclude FirstNet is the best choice for this service,” Gov. Brown said. “The work of the State Interoperability Executive Council, our bi-state RFP teams, and our financial and legal review teams have been invaluable to lead us to this conclusion.”

AT&T, in a public-private partnership with the First Responder Network Authority, will build, operate and maintain a highly secure wireless broadband communications network for Oregon’s public safety community at no cost to the state. The FirstNet network will drive innovation and create an entire system of modernized devices, apps and tools for first responders.

“Governor Brown’s decision will deliver a broadband network that will forever change how public safety communicates and responds to emergencies,” says FirstNet Board Vice Chair Jeff Johnson, who is the CEO of the Western Fire Chiefs Association and former Chief for the Tualatin Valley (Oregon) Fire & Rescue. “FirstNet will give first responders the reliability, coverage and innovative technologies they’ve never had before. This will help keep them safe and help them protect property and save lives across the country, including in rural communities.”

FirstNet will transform the way Oregon’s fire, police, EMS and other public safety personnel communicate and share information. Specifically, it will:

Connect first responder subscribers to the critical information they need in a highly secure manner when handling day-to-day operations, responding to emergencies and supporting large events like the Portland Rose Festival that attracts 325,000 spectators each year.
Create an efficient communications experience for public safety personnel in agencies and jurisdictions across the state during natural disasters, such as severe winter weather, earthquakes, wildfires, flooding and landslides.
Enhance and expand network coverage across Oregon’s diverse landscape, benefitting first responders and residents throughout the state’s rural areas.
Provide first responders with access to dedicated network assets that can be deployed for additional coverage and support when needed.
Drive infrastructure investments and create jobs across the state.
Usher in a new wave of dependable innovations for first responders. This will create an ever-evolving set of life-saving tools for public safety, including public safety apps, specialized devices and Internet of Things technologies. It also carries the potential for future integration with NextGen 911 networks and Smart Cities’ infrastructure.
The First Responder Network Authority and AT&T designed Oregon’s network solution with direct input from the state and its public safety community. This helped to address the state’s unique communications needs, including:

Providing coverage in rural and tribal areas within the state, along the coast and east of the Cascades.
Making deployable network assets available for natural disasters.
“Today, Governor Brown has chosen to put Oregon’s public safety first,” said First Responder Network Authority CEO Mike Poth, who served as Captain of the Corvallis (Oregon) Police Department. “With FirstNet’s robust, dedicated broadband network, the state’s police, fire and EMS will have faster access to the network they need to deploy cutting-edge tools and life-saving technology.”

The decision enables the First Responder Network Authority and AT&T to begin offering an entirely new wireless ecosystem for public safety communications. Oregon’s first responder subscribers will have immediate access to quality of service, priority and preemption to voice and data across the FirstNet network to get the information they need, when and where they need it – 24/7/365, like their mission.

“I want to applaud Governor Brown and her team for being thoughtful and deliberate in coming to the decision to opt in to FirstNet,” said AT&T Oregon President George Granger. “Governor Brown’s action gives Oregon first responders immediate access to FirstNet’s life-saving communications tools – including priority and preemption that will allow them to better communicate and coordinate during emergencies. AT&T is proud to support our first responders as they protect Oregonians every day.”

U.S. Representatives Greg Walden from Oregon comments on the success of FirstNet.