“We’re waiting for that test event,” said Joey Branton, Director of Technology for Acadian Ambulance, who serves much of Louisiana, a swath of East Texas, and a County in Mississippi. 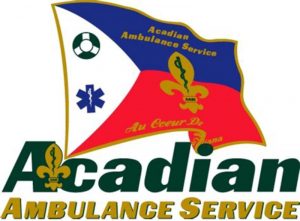 For one private ambulance company headquartered in Lafayette, Louisiana and who began adding FirstNet into their operations in April of this year, the big tell for the network will come during a LSU football game.  “We’re waiting for that test event,” said Joey Branton, Director of Technology for Acadian Ambulance, who serves much of Louisiana, a swath of East Texas, and a County in Mississippi. “A wide-scale event, not just a focused single mass-casualty event, but something that is of a large-enough scale, with enough providers and enough public that we can actually see those benefits of priority and preemption.”

Saturdays in Baton Rouge, in the heart of Tigers college football country, can be jammed with 100,000 stadium-goers and thousands of other tailgaters and fans bustling around the stadium in sports bars and restaurants. College students, parents, and fans are using phones for voice and data connections and jumping on that network in case of an emergency or disaster event could prove daunting.

Branton knows that is when FirstNet will be able to show its chops.  “It’s a little untested,” he said. “That was the primary reason for us joining FirstNet to get that priority and preemption.”  Branton is a FirstNet believer. He was part of a FirstNet Taskforce in Louisiana three years ago, when he said the network was “trying to get off the ground.” For him, the ability to jump to the front of the line as a first responder was the selling point. In April, Acadian began equipping its assets with FirstNet – including 500 ambulances and 9 medi-choppers. They hope to complete the migration by September of this year. He believes other first responder agencies are paying attention.

“I do know that when we signed on, people were looking to see whether Acadian was going to join FirstNet,” Branton said. “We’re sort of a marker (for the region). We’ve got a wide geographic footprint. We’ve got aircraft, ground ambulances, van transports, hospital-to-hospital transports, 911 emergency transports, and we do everything an ambulance company can do. People were waiting to see what we could do.”

Acadian’s coverage region includes rural areas to packed football stadiums, and at this time of the season hurricanes are always a lurking threat. Branton said the region knows well the troubles of clogged cellular traffic on traditional mobility. While he says they’re still tracking data of user cases, he already has seen FirstNet make a difference for Acadian. During a mass-casualty event in southeast Texas, Acadian’s Medical Director, who had migrated to FirstNet, was responding.  “He was standing next to the fire chief who was on traditional AT&T,” Branton said. “And the fire chief was not able to get out (on the network) due to congestion, but he (the medical director) had no trouble.”

“That’s very anecdotal,” Branton said. “But that’s real.”  While Branton doesn’t chance fate or hope for bad weather, he knows storms will at some point come off the Gulf that will test people and cellular networks. He believes then will FirstNet, with roots in the
9-1-1 Commission, showcase to other agencies the power of priority and preemption.