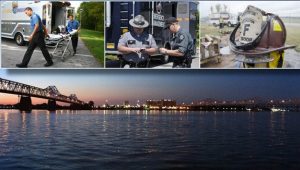 Today, Kentucky Governor Matt Bevin made his decision to join the FirstNet network.

This will make Kentucky one of the first states in the country to “opt in” to FirstNet and bring advanced technologies that will help first responders save lives and protect communities. FirstNet released the following statement on Gov. Bevin’s decision:

“Kentucky’s first responders are on the front lines every day – their ability to communicate is critical to serving and protecting communities across the Commonwealth,” said FirstNet CEO Mike Poth. “Governor Bevin’s decision to join the FirstNet Network will deliver the next-generation tools that public safety needs to better respond to emergencies, natural disasters, and during special events. FirstNet looks forward to serving Kentucky’s public safety communities.”