All of the backups initiated by FirstNet and AT&T, so they could survive the storm, is what really helped us out, in that there was still a functioning system left. 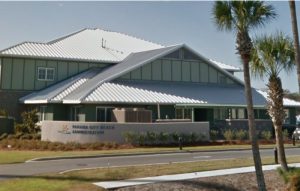 Officials in Panama City Beach, Fla., relied on AT&T FirstNet for communications in the wake of Hurricane Michael, which caused outages in the jurisdiction’s broadband and LMR systems, according to City Manager Mario Gisbert.

“The day after the storm, we found out that we had basically no phone service through the current carrier that we have, which is Verizon,” Gisbert said during an interview with IWCE’s Urgent Communications. “Having that knowledge, we found out that AT&T phones were functional, because my mayor and one of my council members both had AT&T phones. So, we quickly started to augment our system with AT&T burner phones, AT&T cards and AT&T phones.
READ FULL ARTICLE
print
SHARE TWEET PIN SHARE

The Verizon Super Bowl Ad is Problematic, Here’s Why

Be the first to comment on "Florida city turns to AT&T, FirstNet for connectivity during aftermath of Hurricane Michael"