FirstNet announces Tribal Consultation Policy that will enable tribes to express their public safety needs through a nation-to-nation relationship between FirstNet and the country’s 567 federally recognized tribes. 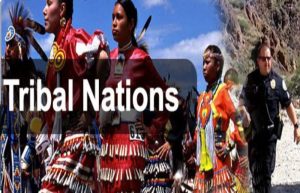 RESTON, Va. Oct. 23 – The First Responder Network Authority (FirstNet) is strengthening its commitment to Indian Country on the deployment of the nationwide public safety broadband network (“Network”). Today, FirstNet announced a Tribal Consultation Policy that will enable tribes to express their public safety needs through a nation-to-nation relationship between FirstNet and the country’s 567 federally recognized tribes.

The policy was developed with the assistance of the FirstNet Public Safety Advisory Committee (PSAC) Tribal Working Group, as well as FirstNet’s engagement with tribal leaders, intertribal organizations, and public safety associations across the country. In addition to instituting an approach to tribal coordination that honors Executive Order 13175, the policy outlines a set of core principles for tribal engagement, including collaboration, communications, inclusion, and timeliness.

“This policy recognizes the importance of working directly with Indian Country for the deployment and operation of the Network and being responsive to the needs of public safety communications on tribal lands” said FirstNet Board Member Kevin McGinnis, who is the FirstNet Board tribal liaison. “As they serve on the front lines of their communities, we look forward to providing them with reliable, broadband connections and tools that will help them save lives and protect their communities.”

Following the governor’s decision, however, FirstNet will consult directly with tribal government officials, in addition to its ongoing consultative activities that ensure full compliance with Section 106 of the National Historic Preservation Act (NHPA). Together, FirstNet’s tribal consultation activities will help influence Network deployment and maintenance for the benefit of tribal public safety entities.

FirstNet, in a public-private partnership with AT&T, delivered official notice of the State Plans to governors in all fifty states and Washington, D.C., on Sept. 29th, beginning a 90-day period – until Dec. 28th – for them to decide whether to accept the FirstNet/AT&T plan for deploying the radio access network (RAN). So far, 27 states and territories have accepted the FirstNet plan and “opted in” to the nationwide network.

Celebrating a decade of impact for tribal public safety

Be the first to comment on "FirstNet Strengthens Commitment to Indian Country on Network Consultation, Deployment"