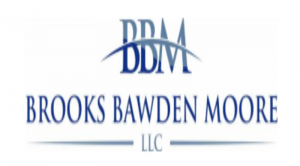 The Brooks Bawden team is excited to welcome Chief Chris Moore as a partner. With his addition, we are changing our name to Brooks Bawden Moore, LLC. Chris brings deep public safety experience and policy knowledge, and a strong nationwide network of relationships that will expand the support we are able to provide to our clients and partners.

Chris retired in 2013 as Chief of Police in San Jose, California, the 10th largest city in the United States. His 34 years of public safety experience includes operations management, emergency communications/911 operations, internal affairs investigations, media relations, and crisis communications. Over the course of his public safety career he served as a police officer, firefighter, and emergency medical technician (EMT).

“As a lifetime resident of San Jose and a California law enforcement executive, I have known and worked with Chris for decades,” said Ron Brooks. “He is a proven leader and a great friend and Ben and I are excited that he is joining us.”

Chris also served as the Major Cities Chiefs’ representative to the FBI CJIS Advisory Policy Board (APB) and served as Chairman of the Information Sharing Subcommittee.

Chris received his undergraduate degree at the University of California, Berkeley, and his Master of Public Administration degree from San Jose State University. He received an A.S. degree in Fire Science from Indian Valley College. Chris holds a Juris Doctor degree from Lincoln Law School of San Jose where he was voted by his fellow graduates as Outstanding Graduate. He is an active member of the State Bar of California, and is a member of the International Association of Chiefs of Police (IACP) and the California Police Chiefs Association (CPCA).

Chris is a graduate of the FBI National Executive Institute at Quantico, Virginia. He is also a graduate of the California POST Law Enforcement Command College where he was honored by his peers to receive the Hank Koehn Award as the outstanding graduate and to serve as graduation speaker.

Chris has received numerous awards and citations for specific law enforcement casework including the SJPD Hazardous Duty Award for the confrontation and arrest of an armed homicide suspect at the scene of an active shooter event.

Chris and his wife, Mary, reside in the San Francisco Bay Area.

Be the first to comment on "Chief Chris Moore Joins the Team at Brooks Bawden, LLC;"