“Vermont faced the choice of building its own network or using the federal solution. After thoroughly considering the technological, financial and operational aspects of both options, I believe the federal plan will more quickly and sustainably provide our public safety community with the network it needs to continue its valuable service to Vermont.” 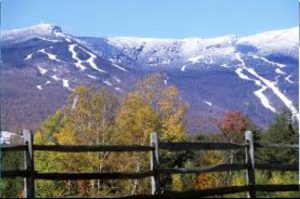 MONTPELIER, Vt., Nov. 29, 2017 – Vermont is advancing the communications capabilities of its first responders. Today, Governor Phil Scott announced his decision to accept the FirstNet and AT&T* plan to deliver a wireless broadband network to the state’s public safety community. FirstNet will bring advanced technologies that will help Vermont’s first responders save lives and protect communities.

“It is important that Vermont’s first responders have the best service and access to an interoperable network that is expected to advance and adapt with new technology through the next 25 years,” said Gov. Scott. “Vermont faced the choice of building its own network or using the federal solution. After thoroughly considering the technological, financial and operational aspects of both options, I believe the federal plan will more quickly and sustainably provide our public safety community with the network it needs to continue its valuable service to Vermont.”

The decision enables FirstNet and AT&T to begin creating an entirely new wireless ecosystem for public safety communications. Vermont’s first responder subscribers will have immediate access to quality of service and priority to voice and data across the existing nationwide AT&T LTE network.

AT&T, in a public-private partnership with FirstNet, will build, operate and maintain the highly secure wireless broadband communications network for Vermont’s public safety community at no cost to the state. The FirstNet network will drive innovation and create an entire system of modernized devices, apps and tools for first responders.

“Governor Scott’s decision is a win-win-win for the state, its public safety community, and everyone who lives, works, or visits in Vermont,” said FirstNet Board Member and former Governor of Vermont, Jim Douglas. “The FirstNet Network will modernize our emergency communications infrastructure, help create jobs in the Green Mountain State, and ensure that our first responders have the best tools and technologies to keep our communities safe and secure.”

Vermont is the 34th state or territory to announce its decision to opt in to the AT&T/FirstNet network solution, and the 8th state to do so after evaluating proposals from both FirstNet/AT&T and other potential vendors. This decision brings public safety the overall best value solution with the least risk.

“I’d like to thank Governor Scott for his leadership and commitment to public safety, which is clear and unwavering. Opting in to FirstNet puts Vermont’s first responders on the cutting edge of innovative communications, helping them operate faster, safer and more effectively when lives are on the line,” said Patricia Jacobs, president, AT&T New England. “Vermont’s first responders, residents and visitors, alike, will all benefit from the FirstNet solution, which won’t cost the state a dime to build, operate or maintain.”

FirstNet will transform the way Vermont’s fire, police, EMS and other public safety personnel communicate and share information. Specifically, it will:

Connect first responder subscribers to the critical information they need in a highly secure manner when handling day-to-day operations, responding to emergencies and supporting large events like the Lake Champlain Maritime Festival in Burlington that attracts thousands of visitors each year.
Create an efficient communications experience for public safety personnel in agencies and jurisdictions across the state during natural disasters and severe weather events, like the catastrophic flooding caused by Hurricane Irene, or search-and-rescue missions for lost skiers or hikers in difficult mountainous terrain.
Enhance network coverage across Vermont’s diverse landscape, benefitting first responders and residents throughout the state’s rural and tribal areas.
Drive infrastructure investments and create jobs across the state.
Usher in a new wave of dependable innovations for first responders. This will create an ever-evolving set of life-saving tools for public safety, including public safety apps, specialized devices and Internet of Things technologies. It also carries the potential for future integration with NextGen 911 networks and Smart Cities’ infrastructure.
FirstNet and AT&T designed Vermont’s network solution with direct input from the state’s public safety community. FirstNet has been meeting with Vermont’s officials and public safety personnel for several years to address their unique communication needs. These include:

Expanding rural coverage across the state, including the Northeast Kingdom.
Making Bring Your Own Device (BYOD) solutions available to support Vermont’s large contingent of volunteer responders.
Utilizing state and municipal infrastructure assets as necessary and appropriate.
Preemption for primary users over the AT&T LTE network is expected by year-end. This means fire, police, EMS and other public safety workers will have dedicated access to the network when and where they need it – 24/7/365, like their mission.