Recent statements attributed to Verizon in the media that the carrier’s broadband service is the only public-safety-grade LTE network and that its planned public-safety LTE core network may be interoperable with the FirstNet system “suggest things that are simply not there,” according to a presentation to the National Public Safety Telecommunications Council (NPSTC). 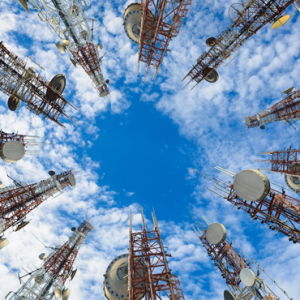 Kevin McGinnis—a FirstNet board member who said he was speaking as a member of the National Association of State EMS Officials (NASEMSO) governing board when making comments about Verizon—described some of the recent Verizon assertions as “troubling references.”

Specifically, McGinnis cited a claim by Verizon in a prepared statement that was released on the Dec. 28 deadline day for governors to make their “opt-in/opt-out” decisions. In the statement, Verizon noted that its 2018 plans include “the introduction of products, services and other advanced technologies designed for first responders—all running on the country’s only public-safety-grade LTE network.”

NPSTC established the best practices and guidelines defining “public-safety-grade” communications systems in a report that was released in May 2014. Previous statements from Verizon stopped short of claiming that the carrier’s network actually meets the “public-safety-grade” definition, with one executive noting in a blog that the Verizon system “meets those guidelines in almost every aspect and actually exceeds many of them.”

As for the notion that the Verizon network is the “only public-safety-grade LTE network in the U.S., McGinnis said, “That is simply not true.”

Even more confusing to many in the public-safety community was an article this week indicating that Verizon “is working on an interconnection agreement with FirstNet and AT&T that would bring interoperability between the networks,” citing an interview with Mike Maiorana, senior vice president of Verizon Enterprise Solutions—Public Sector.

Verizon Problems and Why FirstNet is Different

The FirstNet Board of Directors

The Public Safety Advisory Committee of the Future

Verizon Promise – FirstNet Contract , Which would you rather have?