“California has high hopes and expectations for the FirstNet initiative,” the letter states. “Our partnership and collaboration will undoubtedly deliver the best solution to our public-safety users. Over time, this system will likely be a primary means of communication and its resiliency and redundancy will be critical for the safety of California’s citizens.” 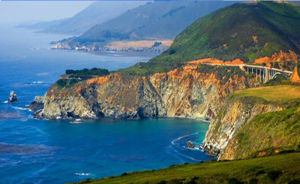 “While California remains concerned that the proposed plan does not meet all our state’s needs, California is opting into the plan with the expectation that our concerns will be addressed throughout our partnership,” Brown stated in his letter notifying FirstNet of the “opt-in” decision.

“California looks forward to working with FirstNet to address the gaps in the proposed plan throughout the 25-year deployment and implementation period.”

Under the law that established FirstNet in 2012, governors in all 56 states and territories have the choice of making an “opt-in” decision—accepting the FirstNet deployment plan and allowing AT&T to build the LTE radio access network (RAN) within the state’s borders at no cost to the state—or pursuing the “opt-out” alternative, which would require the state to be responsible for building and maintaining the RAN for the next 25 years.

With Brown’s decision, all 50 states, the District of Columbia and two territories—Puerto Rico and the U.S. Virgin Islands—have made “opt-in” decisions. As a result, AT&T will build and maintain the FirstNet LTE network and gain access to the 20 MHz of 700 MHz spectrum licensed to FirstNet in all of these states and territories, which includes the entire continental United States.

FirstNet is a Reality: What’s Next?

Be the first to comment on "It’s Unanimous: California Makes FirstNet ‘Opt-in’ Decision"