“As we have learned from recent events in many parts of the country, a vital component needed for coordinating a response is the ability for all responders on the scene to share information as events unfold.” 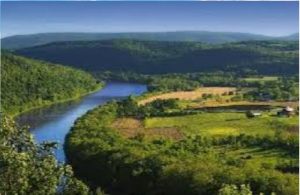 Harrisburg, PA – Governor Wolf announced today that Pennsylvania has opted in to the deployment of the interoperable Nationwide Public Safety Broadband Network (NPSBN) as proposed in Pennsylvania’s FirstNet’s (PA-FirstNet) State Plan. The network will be available through a public-private partnership with FirstNet and AT&T to provide the nation’s first reliable communications broadband network for first responders across Pennsylvania, including those in rural areas.

“When an emergency strikes, Pennsylvania first responders are called upon to handle the situation and support the community,” Governor Wolf said. “As we have learned from recent events in many parts of the country, a vital component needed for coordinating a response is the ability for all responders on the scene to share information as events unfold.”

“Governor Wolf’s decision will deliver innovation and interoperability to first responders in the Keystone State, helping them serve and protect their communities,” said FirstNet CEO Mike Poth. “We are pleased to have delivered the Network plan that best meets Pennsylvania’s needs and look forward to connecting public safety throughout the commonwealth.”

PA-FirstNet will open up a network for information to flow during crises and other emergencies when a quick response is imperative and when traditional commercial broadband networks are frequently jammed with consumers using them to reach family and friends. This new broadband network will be used exclusively by first responders to have a common picture of an incident that’s unfolding so they are better equipped to respond quickly.

“The ability to share real-time images and video of the scene as well as the locations of first responders and locally relevant information improves communication and outcomes,” said Major Diane M. Stackhouse, Pennsylvania State Police and the state’s point-of-contact for FirstNet. “FirstNet will carry high-speed data, location information, images, and eventually streaming video that can mean the difference between life and death in emergency situations.”

FirstNet and AT&T do not need any additional state or federal funding to build and operate the network; it is a fully-funded, self-sustaining network. With it, Pennsylvania’s public safety responders will receive specialized services above and beyond what they have today with the commercial carrier network.

Prior to deciding to deploy FirstNet, Pennsylvania sought input from stakeholder groups in a multi-step process to provide input to and feedback on PA’s FirstNet state plan, helping to create a final state plan with AT&T.

Pennsylvania joins 25 states who have already made the FirstNet deployment decision.